In search of victory 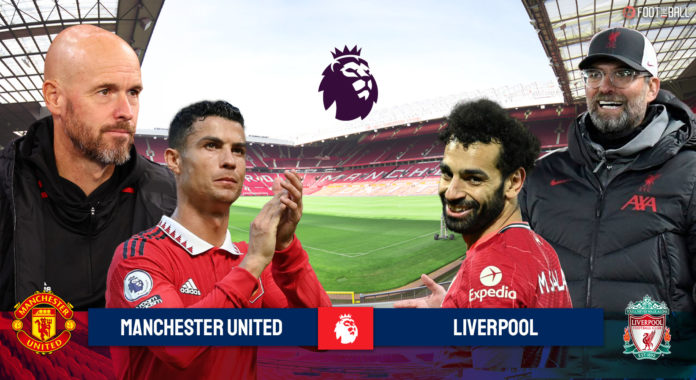 When Erik Ten Hag joined Manchester United, he knew he had a massive task on his hand reviving the fortunes of a fallen giant. However, two games in, that task has gotten much harder. And now the Red Devils face the ultimate test as they welcome Jurgen Klopp’s Liverpool. The visitors are also struggling with two points in their opening two matches, but with their squad, they will eventually turn things around. Unfortunately, the same can’t be said for Manchester United, who have been humiliated in their opening two matches.

After losing their first match against Brighton, United were thrashed 4-0 by Brentford. Their new signing Lisandro Martinez was exposed in both games. Two other signings in Tyrell Malacia and Christian Eriksen, who was played as a number 6 against Bretford, don’t inspire much confidence either.

To make matters worse, the team is also struggling to sign their desired players. The Frenkie de Jong saga appears to go nowhere. While United are trying to agree on a deal with Real Madrid for Casemiro, he alone won’t solve the team’s problem. Cristiano Ronaldo’s situation is also a point of contention, with the player stating that he will reveal everything in an interview next week.

Meanwhile, Klopp’s men will be looking for their first win, and United are the perfect team to do so. The Reds drew their opening match against a brilliant Fulham side before drawing home to Crystal Palace. Their new signing Darwin Nunez impressed in the opening match before losing his cool and getting sent off against Crystal Palace.

The team are already four points behind leaders Manchester City and Arsenal. However, Klopp is aware of the challenges he faces against City, who now have Erling Haaland in their ranks, but also against a new-look Tottenham and Arsenal.

Erik ten Hag has to rip apart this “SQUAD” and start rebuilding even if he has to play reserves.

– Seven straight away losses since 1936

However, in United, Liverpool have the perfect opponent to get their campaign back on track. With the way United have been playing, Liverpool attackers will be licking their lips.

Erik Ten Hag said that he wanted to change the entire team at half-time after the Brentford match. However, he does not currently have the luxury to do so. The only positive thing is that except for Anthony Martial, he has an injury-free squad. With the struggles in the defence, Tyrell Malacia and even Victor Lindelof could come into the playing 11.

Eriksen played a false nine in the first match before being deployed as an unusual number six in the next. Ten Hag could opt for a midfield three of Fred, Scott McTominay, and Bruno Fernandes, with Jadon Sancho, Marcus Rashford and Cristiano Ronaldo forming the front three.

With injuries mounting at Anfield, Klopp has some tough choices to make. While Nat Phillips will be Virgil van Dijk’s defensive partner, Klopp could have Jordan Henderson and Naby Keita in the midfield along with Fabinho. However, it is the attack where Klopp will have the most headache.

Nunez will be missing after his red card, which means Klopp only has Mohamed Salah and Lis Diaz as the only available attacking options. If Firmino and Jota failed to be fit for the clash, then Klopp could throw in Harvey Elliot, or it could be a baptism of fire for new signing Fabio Carvalho.

Finding a game changer in the current United side is almost impossible. The team has only scored one goal, which was an own goal. Ten Hag wants to build up from the back but does not have the players to do so. They conceded most of their goals when being pressed in their half. Now they will face a team that is perhaps the best at pressing in high areas worldwide.

However, if anyone can be a game changer in this team, it has got to be their 37-year-old talismanic striker Ronaldo. Despite all the recent controversy, he remains the most in-form player on the team.

Erik ten Hag: “The team has to take the responsibility. I feel sorry for the fans”. 🚨🔴 #MUFC

“I asked them to play with belief and take responsibility, that is what they didn't do”, told Sky. pic.twitter.com/YE4alW1ykW

For Liverpool, Klopp needs goals, and despite the mounting injuries and Nunez’s suspension, he has got Salah and Luis Diaz, two world-class goalscorers. Diaz’s wonder strike got Liverpool the draw in their previous match.

Elsewhere, Fabinho and Van Dijk will be responsible for keeping the defence firm. At the same time, Robertson and Trent Alexander Arnold will be expected to be the creative fulcrum for the team.

Manchester United are currently 20th in the Premier League rankings, which shows how deep of a crisis they are in. The team has been poor all over the park, and without a spate of brilliant signings, it looks improbable they will be a major force this season.

Meanwhile, despite their form, injuries and suspension, Liverpool have got too much in their bank. The Gegenpressing worked wonders for them last season as they smashed United 9-0 over two matches. With United getting even worse, don’t be surprised if you see the same scoreline. FootTheBall predicts a 0-4 win for Liverpool.