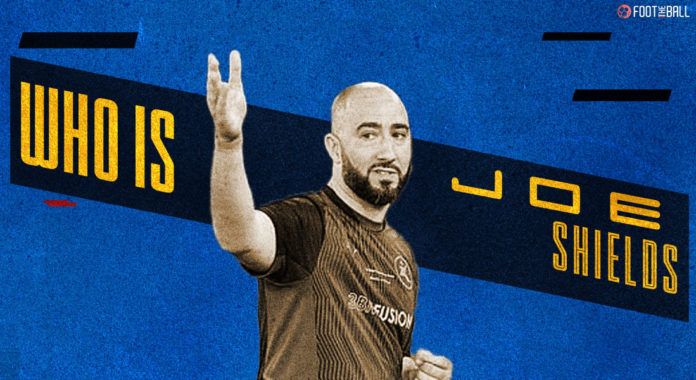 Chelsea are finally functioning as an efficient unit under new owner Todd Boehly. When the American businessman took over the club, the Blues was in disarray. Unfortunately, the start of the new season did not make things better as Champions League-winning manager Thomas Tuchel was sacked after a string of poor performances even after spending €280 million. Graham Potter replaced Tuchel, and performances have picked up again. As a result, the Blues are fourth in the Premier League and top of their Champions League. Behind the scenes, too, the club are putting a new hierarchy as Joe Shields was appointed as the new ‘Director of Recruitment.

The Englishman will join the Blues as their chief recruiter just three months after taking over the same role at Southampton. His appointment comes days after Christopher Vivell took over as Chelsea’s new technical director. The club are still looking for a Director of Football who would complete the top recruitment process at the club. The three appointments are expected to work closely with Graham Potter as Chelsea embark for glory under a new owner.

So, who is Joe Shields, and what will he bring to Chelsea?

Who is Joe Shields?

Joe Shields started his career as a youth scout at Crystal Palace in 2008. He worked for two years at the club before taking a similar position at Fulham. However, his first promotion would only come back at Crystal Palace, who re-hired him as chief youth scout. After two additional years at Selhurst Park, Shields’ talent was noticed by Manchester City, who snapped him up. While his role was downsized at Manchester, the allure of working for one of the best teams in England was an offer he could not resist. And after working for five years, Shields got his deserved promotion as chief youth scout.

He spent four more years at City before finally joining Southampton as ‘Director of Recruitment’ in August 2022. However, his departure has not gone well at St. Mary’s Stadium, who have told Shields not to come to either the club’s stadium or their training stadium, Staplewood.

Media reports state that Southampton were unaware that Shields was discussing terms with Chelsea. In football, unlike players, no rules dictate that clubs should ask the other club before entering negotiations with staff. However, the top hierarchy at the club is left furious with his behaviour.

But all said and done, the appointment of Shields is a significant coup for Chelsea. The Englishman is famous for his impressive connections in the youth player network. His relationships with Manchester City benefitted Southampton, who managed to sign Gavin Bazunu, Romeo Lavia, Juan Larios, and Samuel Edozie from City’s under-21 side. Southampton’s clever strategy was a result of Shields’ valuable input.

And Chelsea must be hoping he could help them identify young prodigies in the complicated youth football world.

More on Joe Shields, expected to join Chelsea in the next months 🔵 #CFC

▫️ Romeo Lavia, one of his signings at Southampton — Chelsea had £50m rejected for him;

What will Joe Shields bring to Chelsea?

Like when he moved to Manchester City years back, Shields’ role at Chelsea will be less influential than what he was used to at Southampton. The club already have a robust top hierarchy, with even Todd Boehly appointing himself as an interim sporting director when Marina Granovskaia left.

His role will be more related to identifying young prospects that could come to the youth set-up and prosper into proper world-class talent. And it is where Shields is an expert. It was precisely the reason why Southampton had signed him.

Joe Shields’ appointment leaves only one significant role vacant at the club, that is, the Director of Football, which, when appointed, would give Chelsea the necessary backing to climb back to the top of the English and hopefully the European pyramid.