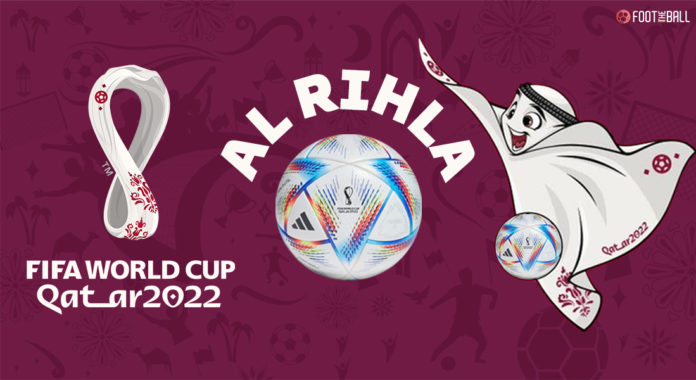 Everything is new for the 2022 FIFA World Cup in Qatar. From the first-ever winter World Cup to the first-ever in the Middle East. Keeping that tradition alive, the official match ball for the global tournament is also one of a kind. FIFA and Adidas have collaborated to give the world ‘Al Rihla.’

Al Rihla, the #OfficialMatchBall of the 2022 #FIFAWorldCup, means ‘the journey’

It has been proclaimed the “the fastest and most accurate FIFA World Cup ball to date.” Lionel Messi featured in the official launch of the ball back in March 2022. The official match ball of a FIFA World Cup is a moniker not taken lightly. Some balls of the previous editions have entrenched themselves in the public conscience.

The Al Rihla is made to make journeys.​

Designed from the inside out to follow your feet and write new stories with every touch, this is innovation from core to skin.​

This is the journey, starting now.

The likes of Jabulani (2010), Azteca (1986), and Telstar (1970) are some of the most revered in the history of football. So, what does the Al Rihla bring to the table, and can it live up to its illustrious predecessors?

Al Rihla is the 14th consecutive official match ball of the FIFA World Cup, starting way back in 1970.

Its name translates to “the journey,” referencing the culture, architecture, and vibrancy of Qatar. Adidas has been engineering its offerings in such a way that each ball is better than the one it replaces.

The ball name means 'the journey' in Arabic and is expected to be the fastest in flight in World Cup history. ⚡️ pic.twitter.com/DZsEFmuxJm

The ball is seamless and designed from the inside out before being tested through wind panels and on the field. There are two features of Al Rihla that are exciting and have never been seen before:

Moreover, the uniqueness of the ball is not only restricted to how it performs on the field. With FIFA and Qatar’s focus on sustainability, Al Rihla has been entirely made of water-based inks and glues.

The World Cup has played hosts to several great stars. However, some of the biggest players never to play a World Cup ever!

FIFA and Adidas have spoken glowingly of how the ball will be a game-changer in all the correct ways. Jean-Francois Pathy, FIFA’s Director of Marketing said,

“This is a stunning, sustainable and high-quality Official Match Ball from adidas that will be enjoyed by stars performing at the top of their game on the world’s biggest stage in Qatar, as well as grassroots players everywhere.”

“The game is getting faster and, as it speeds up, accuracy and flight stability become critically important. The new design allows the ball to maintain a significantly higher speed as it journeys through the air.”

Indeed, the ball is being marketed as the next level of gameplay. Qatar 2022 has posed different challenges to the developing team. Moreover, with the weather being extremely balmy and a winter World Cup, the specifics of the ball had to be made differently.

Everyone wants it but only one will get it! Here are the favourites for the FIFA World Cup in Qatar

There is no doubt that Al Rihla will be one of the most memorable official match balls in recent times.

The level of excitement and apprehension surrounding the FIFA World Cup in Qatar has many branches. Though the domain of the official match ball is not a big one, it is nevertheless a very important one.

⚽⭐ #Pedri tested the "Al Rihla" for the first time, the official match ball for the #FIFAWorldCup Qatar 2022 🇶🇦 .

Along with the official mascot Laeeb, Al Rihla will be making another slice of history. Moreover, its design is heavily inspired from the sails of the Dhow boats that are a staple of Qatar.

No doubt there will be some complaints with the ball as well, as is always the norm. However, the players should be raring to go in order to get the World Cup started.