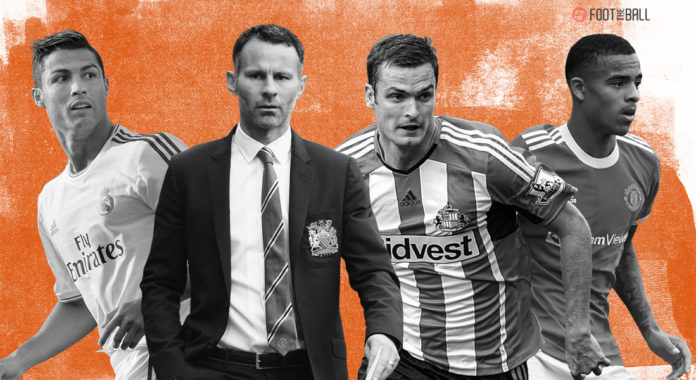 What does a 13-time Premier League winner, five-time Ballon d’Or winner, and a World Cup winner have in common? All three humans are not the greatest individuals of the sport. A worrying trend in recent times has seen players not living up to the mark of ideal role models.

There has been a growth in players failing fans in terms of their activity in their personal lives. The shift from role models to the dangers of fame followed by a downfall. The ever-changing culture of the media pervading every aspect of a player’s life has further heightened the fall.

Moreover, many of these players have been caught and arrested, even jailed due to their heinous acts. Will this worrying trend change soon or is it here to stay? That is a very difficult question to answer at this moment.

Footballers have been getting into trouble for a myriad of reasons over the years. However, the level of fame and barbaric nature of the crimes in the recent past has truly shocked fans. Everybody is familiar with the Cristiano Ronaldo case that originated in 2009. Kathryn Mayorga accused the then Real Madrid star of raping her in a hotel in Las Vegas.

The news was an international sensation, but the case never reached court. Both the parties reached a settlement, but Ms. Mayorga wanted to file a complaint more than a decade later.

Cristiano Ronaldo raped a woman. He paid $400,000 to silence her. He admitted she said no multiple times. This man is a rapist psychopath who deserves to be punished for his crimes. Here are the facts you can't deny. But sure, celebrate his "homecoming" because he can kick a ball pic.twitter.com/DO56J7k46f

However, a US court threw out her appeal, citing the improper use of documents by her lawyer. Nevertheless, this question mark has always hung over Ronaldo, with many female fans pointing out his troubled past so that the new generation does not forget.

The #MeToo movement was a major catalyst in more and more women being confident to come out with their complaints. That saw the downfall of Benjamin Mendy, who was arrested and after being charged with eight counts of rape, one count of sexual assault, and one count of attempted rape.

The FIFA World Cup winner has pleaded not guilty, and a trial is set for late July 2022. During the course of the investigation, it was also found that Manchester City had some inkling of his troubled nature, but continued to play anyways.

Also read: An unnamed England player was caught cheating; kicked out by partner

That has brought the club under the scanner, and there is a history of clubs acting in a complicit or lazy manner in terms of meting out swift punishment.

This was also evident when Mason Greenwood was arrested after assaulting his then girlfriend, Harriet Robson. She posted pictures of the alleged abuse and bruises on social media, before a complaint led to Greenwood’s arrest. Though he has been out on bail, Manchester United have suspended him.

New Manchester United statement: "Manchester United reiterates its strong condemnation of violence of any kind. As previously communicated, Mason Greenwood will not train with, or play for, the club until further notice."

However, there carefully worded statements during the early phase and the fact that some merchandise was also on sale after the events were known caused anger. Greenwood has kept a low profile, and his footballing career is all but over.

In 2021, an unnamed Everton player was arrested on suspicion of child sex offences. He is also out on bail, and the identity of the player is still unknown due to legal reasons. More recently, Yves Bissouma was arrested on charges of sexual assault in late 2021, but police announced he was cleared off the charge, just days after joining Spurs.

Difference between footballer and human

There is a point where fans have to realize that the players they see on the field are very different from the human beings. Therefore, we have to be wary of putting them on a pedestal and being blinded to their human side. There have been cases over many years, where fans were unwilling to accept the wrongdoings of their favourite stars.

However, that is no justification to let them get a pass. The public are the first line of defence, meaning they have to hold their stars accountable. A sexual misconduct scandal rocked Icelandic football, and led to the sacking of the board. The scale of it was so shocking that fans forgot the uplifting impact Iceland made at Euro 2016 with their performances.

Adam Johnson released from prison today after serving half of his sentence.https://t.co/ZTiH5AancG pic.twitter.com/CwRRFwiGbP

Adam Johnson is another such example, the former England international who played for Sunderland even when out on bail. It was only after he pleaded guilty to two offences connected to sexual activity with a child and grooming that the club sacked him.

Apart from indulging in criminal activities, players are also cheats once in a while. Here are the 10 famous names caught red-handed

Johnson spent three years in prison for his crimes, and was one of the first high-profile players charged in England since the millennium. However, the fact that there is little to no impact on the player themselves is worrying.

What to do then?

While there are only a few options available to us fans, they can certainly have a telling impact. Recognizing that your loved player is in the wrong, and the human side needs to be brought out is imperative.

Standing with the victims, and not poking holes in their story. Not attacking the victims out of spite, or failing to believe their account. All of it will go a long way in showing support to the affected ones, and while the matters of courts are not in our hands, we can definitely make our voices heard.