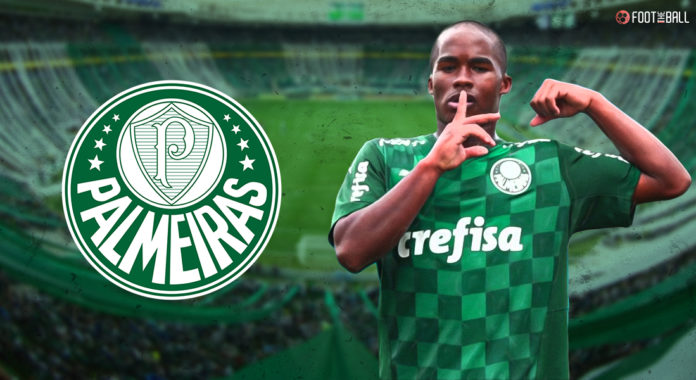 Brazil, the land of samba, forest and, of course, the game of football. For years, the largest nation in South America has provided us with the best footballers. From the goalscoring freak Pele to the leg-breaking skill master Ronaldinho, Brazil has been a mine for world-class footballers. Fans worldwide have been fascinated by the talent coming out of the country such as Neymar and Vinicius Jr in recent times. Endrick Felipe Moreira de Sousa is the latest diamond to come out of Brazil’s football mine.

The 16-year-old is considered one of Brazil’s top young talents. Many fans and pundits have already tipped him as the next star for the Selecao. The fanfare surrounding Endrick Felipe was last seen in the nation for a player called Neymar, and we know how that ended up.

And his talent has now been recognised by none other than Real Madrid. The Spanish club have completed a deal where they will pay € 60 million plus € 12 million in taxes to Palmeiras for the teenager: However, Endrick Felipe will only join the club in 2024. The move has been agreed upon verbally, with the club expected to complete all the paperwork in December.

So, who is Endrick Felipe? And why is the whole of Europe keeping tabs on him?

Who is Endrick Felipe?

Born in Brasilia, Endrick Felipe started playing football at four. After gaining popularity through Youtube videos, he was signed by Sao Paulo-based club Palmeiras. And he took to the club like a duck to water. He scored 165 goals in 169 matches in his first five years, bringing him into the limelight.

Just some of the names to have illuminated @Palmeiras teams of yesteryear.

Endrick Felipe currently plays for the under-20 side and is set to be promoted to the senior side. He also played in the Copa Sao Paulo de Futebol Junior tournament, also known as Copinha, where he scored seven goals. This brought Palmeiras their 1st Copinha title.

At 16 years, Endrick Felipe is already playing for the Palmeiras first-team. This shows his potential. However, it is still too early to tell whether he will fulfil his potential or not.

The forward has made giant strides in his career. He has also represented Brazil at the under-17 level. There, he has scored five goals in four appearances. Sensing a theme here?

If he keeps up his performance level, a senior team call-up may be just around the corner. In fact, all this had been taken into account before he was eventually given his first professional contract with Palmeiras and promoted to the first-team this season.

The teenager knows where the net is, it’s as simple as that. Endrick Felipe already has 2 goals and 1 assist for the Palmeiras senior team and has no intention of stopping here.

It was the Copinha tournament where he first caught the eyes of fans and teams. After that, Endrick Felipe was on fire as he scored seven goals in the tournament to help them win the title. This was Palmeiras’s first title win in 53 years.

He has been involved in 19 goals and six assists in just 24 appearances at U17 and U20 levels, averaging a goal contribution every 69 minutes!

He scored 12 goals for Palmeiras under-20 teams in 21 matches and five strikes in four games for the Brazilian under-17 national team.

His rapid rise has been noticed as he was called to the Palmeiras first team by manager Abel Ferreira where he scored three goals and provided one assist in seven games as his club won the league title.

While Endrick Felipe has been primarily deployed as a striker, he can also play on the left and right wing. The teenager uses pace and dribbling to exploit spaces in the opposition’s defence.

He also has a good sense of making runs into the box at the right time to put his finishing touch on the ball. While he is adept with both feet, the forward prefers his left foot.

15-year old Endrick Felipe is the latest huge talent from Brazil. He plays for Palmeiras and Madrid and Barcelona are after him pic.twitter.com/QGGaR54L6j

In his own words, he loves to press high up the pitch to win the ball back. The Brazilian also covers a lot of ground in a match. That makes him a perfect forward for the modern, gegenpressing– heavy football.

With all his talent and fame, it was just a matter of time before Palmeiras offered Endrick Felipe his first professional contract. He became eligible to sign one when he turned 16. With his birthday on July 21, Palmeiras wasted no time getting his extension talks with the club started as soon as he reached 16 years old. The best catch here is that with European elites tracking him, Palmeiras have inserted a 60m euros release clause in his contract and Real Madrid wasted no time in activating that clause.

Other European teams had also expressed an interest in signing the player. His father has also said that while the fame surrounding his son is good, it is useless if he doesn’t work hard. Recently, Chelsea became the latest team to get linked. New owner Todd Boehly is taking Chelsea through a youth revolution with the signings of Omari Hutchinson, Carney Chukwuemeka and the likes of Endrick Felipe could be the best of the bunch.

Working hard has not been an issue with Endrick so far. The alumni of Brazilian football are probably the most illustrious in football history. If any player looks capable of adding his name to that esteemed bunch, it’s Endrick.