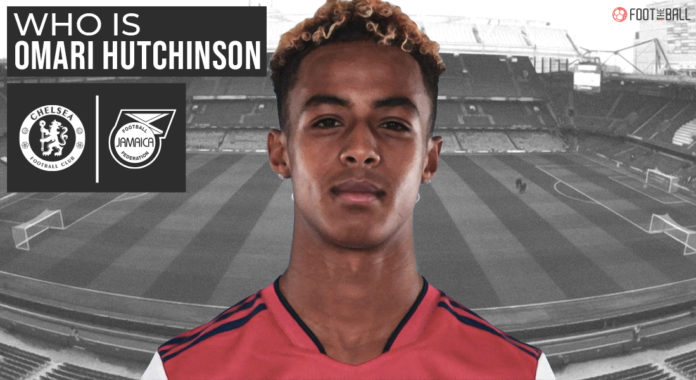 Chelsea have been very active in the 2022 summer transfer window. The new ownership group led by Todd Boehly is making major changes to the squad. Raheem Sterling has already joined from Manchester City before Kalidou Koulibaly came over from Napoli.

The business is still not done as the Blues are targeting Presnel Kimpembe and Jules Kounde. However, one of their most astute signings could be the arrival of Omari Hutchinson.

The deal is made sweeter, given that they snatched him from arch-rivals Arsenal. Hutchinson is a young forward who has buckets of potential and has been on the rise over the past few years.

Chelsea are famed for producing top-class young talent, and they have another gem on their hands to develop now.

Who is Omari Hutchinson?

Considered one of the best emerging prospects in England, Hutchinson is a versatile, left-footed forward. He was actually a part of Chelsea’s youth setup in the early part of the previous decade.

However, it was Charlton Athletic who signed him in 2012, before joining Arsenal in 2014. It was with the Gunners that Hutchinson became one of the best players in the various age-groups.

Nevertheless, a failure to break into the first-team has now seen him move back to Stamford Bridge. Thomas Tuchel has not been overly averse to incorporating youngsters in his plans for the 2022-23 season.

Omari Hutchinson’s move to Chelsea has been confirmed. pic.twitter.com/T7InOTdLms

Conor Gallagher and Armando Broja are confirmed to be getting chances, and Hutchinson could go the same way. Though he will start with the U23s, there is no doubt that the 18-year-old star will be seen for Chelsea in some matches over the season.

The sky is the ceiling as they say. Hutchinson is one of the most skillful ballers in the Premier League 2. His days spent playing futsal have certainly helped in developing the necessary tenacity and attitude for the game. As he himself puts it to GOAL in 2021,

“I’ve always been known as a little skiller. I would say half of it has come from futsal. But also when I was younger, I used to do skills in my front room, in my garden and in my kitchen. Straight after school I would get changed and do skills. I loved it.”

The bundles of confidence is evident in his play as Hutchinson is not afraid to take on defenders. He loves running at his opponents, dragging them all over the place, or even take a spectacular shot from distance.

Chelsea have been linked with Neymar, but could the Brazilian superstar end up coming to England?

Hutchinson has been one of the best players from the Hale End Academy, and has represented England youth teams too. Moreover, a regular stream of first-team opportunities will only accelerate his development into a great facilitator of attacks.

17 goals and 16 assists for the different youth teams over the past three seasons. It is clear that Hutchinson definitely knows how to score and setup top-class chances for teammates.

Arsenal have been regularly heralded as having a strong academy system, with Bukayo Saka and Emile Smith Rowe part of the senior furniture now. Hutchinson has the potential to eclipse them both with his quality and talent, but the hard work is needed.

Chelsea should definitely trust him more, and give the required amount of first-team minutes to further his career.

As mentioned above, Omari Hutchinson is a crafty operator who can bamboozle defenders. Therefore, it makes sense that he wins fouls and runs quick. Hutchinson is a typical wide attacker, and can serve as the major outlet when his team is under pressure.

Jules Kounde is being targeted by Chelsea, and for good reason. The next great French centre-back would be the perfect addition

However, his physicality needs to increase if he is to get ready for the Premier League on a regular basis. His quick feet and vision for a perfect pass makes him a must-have asset.

Moreover, Hutchinson is also accurate from set-pieces, which gives his side an added bonus. Given that Chelsea have a great wingback in Reece James, the combination between the pair will be a treat.

He has been given the number 7 shirt, further emphasizing the faith of the board in him. Hutchinson has an extremely bright future ahead of him, but Tuchel must play him with the senior side.

That must have been stated heavily, given it was the main exit behind his exit from Arsenal. Given that they missed out on Raphinha, the Blues could plug in Hutchinson into the space.

Chelsea have been guilty of letting young stars leave in the past, but Hutchinson can buck the trend now.