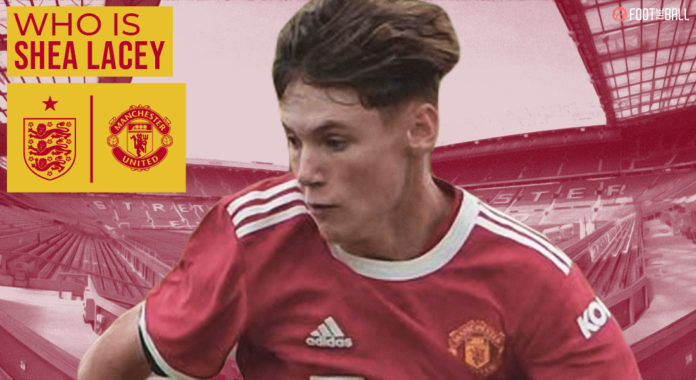 Manchester United and academy players – a match made in heaven – Like Sir Matt Busby said, “If they’re good enough, they’re old enough”. In 1938, the Red Devils named an academy graduate in their matchday squad, and ever since they have named at least one in each of their matchday squads.

It is an extraordinary record that says so much about a club and how important it is for the fanbase and the club hierarchy that their very own get a chance to perform on the highest level. The likes of David Beckham, George Best, Sir Bobby Charlton, Duncan Edwards, Ryan Giggs, Paul Pogba, Marcus Rashford and most recently Anthony Elanga are just some of the world-famous names who have emerged from Manchester United’s legendary youth system. And even after nearly 85 years and more than 4000 games later, this tradition has continued.

Also read: 10 facts you do not know about Hannibal Mejbri

Legendary manager Sir Alex Ferguson in particular, pushed the emergence of youth, especially when he introduced the now-famous Class Of ’92 into the Premier League, even after when many doubted his decision. The Old Trafford outfit’s record with academy prodigies may never again reach the glory days of the Class of ’92, but they still know a thing or two about producing top-quality rising youngsters. And one such player making shockwaves from the Manchester United youth system is attacking midfielder Shea Lacey.

So who is this bright attacker with so much noise created around him? FootTheBall has all you need to know about him.

Manchester United should never be called ‘Man U’ – Here’s why.

Who is Shea Lacey?

Shea Lacey is a 15-year-old attacking midfielder who can play anywhere across the final-third behind the lone striker. The young prodigy represents the Manchester United Youth team as of now and also represents the youth team of Three Lions. He could soon be partnering with another precocious talent, Kobbie Mainoo, at club and country level.

Born on 13th April 2007, the Red Devils graduate has recently turned 15 and the pace at which he is developing Erik Ten Hag would have surely taken notice. According to the FA rules, clubs cannot register a player under the age of 16, which means the attacker has another year of progressing and developing his skills, which could pave the way for a first-team breakthrough.

Not many know the history behind GGMU and why it is so important for Man United fans!

In recent times, Manchester United have been following a trend and for all the wrong reasons. The Red Devils undoubtedly produce some of the best footballing talents in the world. The hype generated around those youngsters has not always been able to be justified in recent times. Even recent signings, like Toby Collyer and somewhat more season Alejandro Garnacho, are instantly hyped up to be the next big things when they join United.

Even someone of the stature of Marcus Rashford, who started his career so brightly and made defenders stand on their toes, has faded away in recent times. Manchester United and Erik Ten Hag(or any future Man Utd boss for that matter), need to make sure that this isn’t the case with this kind of generational talent in the form of Shea Lacey.

Although the modern game demands players to be good based on underlying stat analysis, for someone who is just 15, those underlying stats hardly matter. On the International level, Shea Lacey has scored 2 goals for England U15 in just 4 appearances, which is more than decent considering his age and the position he plays.

The English attacker is one of the silkiest players fans would have seen on the pitch. The young lad from Manchester United’s academy has a wand of a left foot and hence the comparisons with Lionel Messi. The 15-year-old also is a beast when it comes to free-kicks and can slot the ball into any given corner of the net when given the chance.

Not only free-kicks, but the attacker likes to cut in from the right flank using his left foot and exhibit his twinkling feet which often bamboozles the opposition defenders. One thing that the English U15 international can evidently work on is his crossing. Lacey often cuts inside from the right-wing and very often decides to whip in a cross from that angle. But when he does, it rarely is accurate enough and most often than not is cleared by the opposition.

It is safe to say that Shea Lacey need not worry about getting into Manchester United’s first-team as of now. The young baller has a good couple of years before he is even considered for playing for the senior side.

Although the maturity and class that Lacey is showcasing at just 15 years old, Ten Hag and the rest of the coaching staff would be licking their lips as to when they could register the player for the first team. For now, the player should aim and continue to develop and try and stay injury free as long as possible.

A loan deal should be avoided at all costs for Lacey and the Man United Hierarchy should look to develop the player at Carrington itself. Especially with Erik Ten Hag at the Helm, the future looks bright once again for the academy graduates at Manchester United.