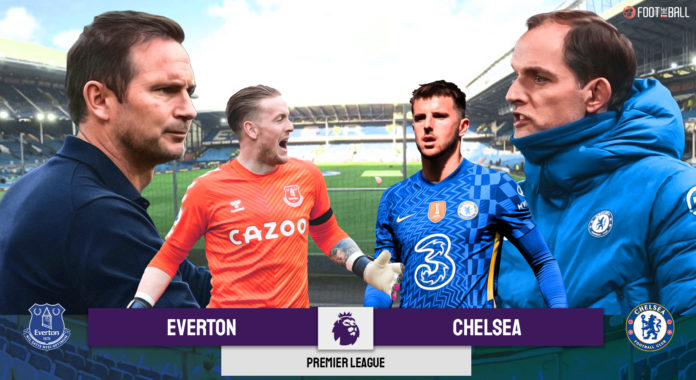 The new season of Premier League is here! Out of all the Gameweek 1 fixtures, Everton vs Chelsea is probably the pick of the round. As is the case with every new season, a lot has changed since the end of last season.

Although, it is actually new beginnings for Chelsea, as they play their first season under the new ownership of Todd Boehly. The American businessman took over from previous owner Roman Abramovich after the UK government had sanctioned all the assets of the Russian which included Chelsea Football Club.

Meanwhile, Everton survived relegation from the skin of their teeth in the 2021/22 Premier League season. Former Chelsea manager and The Blues’ club legend, took over the managerial hot seat at Goodison park midway through the last season. The jury’s still out on whether he actually did a good job, but if pre-season is anything to go by, the latest season won’t be an easy ride for the Toffees.

The two teams when they faced each other last season, Chelsea were only able to take a single point from both legs. Under Rafael Benitez, Everton managed to snatch a draw and under Lampard, the Toffees snatched a win at home against a helpless Chelsea side.

If preseason form is anything to go by, Chelsea have the upper hand in terms of both results and transfer window activity. The Blues have so far added the likes of Raheem Sterling and Kalidou Koulibaly with Marc Cucurella and Frenkie De Jong next on the transfer wishlist. Chelsea have also started to plan for the future with the signings of Gabriel Slonina, Carney Chukwuemeka and Omar Hutchinson signalling just that.

Everton on the other hand have made just 3 major signings out of which the Goodison Park outfit splashed the cash for just one of them. Dwight McNeil made a permanent move to Everton for an undisclosed fee, while Ruben Vinagre has joined on loan and a free transfer for James Tarkowski. The opening fixture can always be used as a springboard for any team, whether it is a well-established top-flight side or a newly promoted team. Both teams will be looking to start their season with a win, but who has a better chance of doing that?

Kalidou Koulibaly has made a decent start with The Blues. But how good a fit is he at Chelsea?

Everton will be without their club captain Seamus Coleman for their clash against Chelsea. Another major miss for the Toffees will be their target-man Dominic Calvert-Lewin, who has struggled with a knee injury since last season. With no other senior striker available, Lampard might opt to play with a false-9.

Chelsea on the other hand have a clean bill of health. Thomas Tuchel will be delighted with this, given that his team’s last season title charged collapsed mainly due to injuries.

Chelsea and Tuchel will obviously not want to depend only on individual quality at such an early stage of the season. The Blues have a lot of skilled players, who on their day can win matches on their own. One such player for Chelsea could be Mason Mount against Everton.

The Chelsea academy product has been growing season after season, ever since his debut in the Premier League in 2020. Last season he reached double figures in the league for both goals and assists and Tuchel will hope he can pick up from where he left.

Meanwhile, Everton’s last season talisman Richarlison left for pastures new in the off-season, with a transfer to Tottenham Hotspur. Another one of their stars, Dominic Calvert-Lewin has had an injury-hit career for the past couple of seasons. The English striker will also miss the start of the 2022/23 season after another injury setback.

With these factors in mind and coupled with Chelsea’s on-paper superiority, Frank Lampard might have to once again count upon Jordon Pickford’s goalkeeping superiority. The England No.1 was on form in the return leg of this fixture in the 2021/22 season. Pickford single-handedly denied Chelsea a win that night and Everton fans will hope he replicates that form again come Saturday night.

Early season predictions are always difficult for various reasons. From new signings to those rare occasional new managerial appointments, the start of every new season can be unpredictable. The fact that Chelsea will start the 2022/23 season under completely new ownership will make it all the more interesting.

Frank Lampard will also be taking charge for a first full season with the Toffees with a proper pre-season behind him. With the transfer activity that has surrounded both clubs, added to the fact that Chelsea had the better preseason, the Blues have the upper hand in this one.