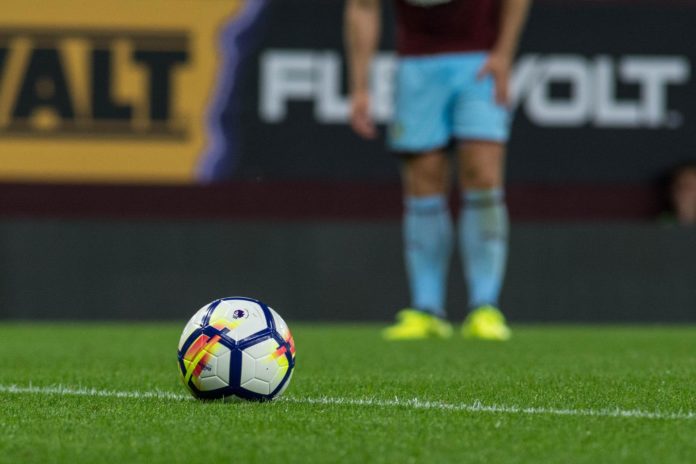 The best league in the world in the world is about to get underway in a week. Soon, fans will be engrossed once again in checking Premier League live scores on their phones. Players will be scoring goals left, right, and centre from all situations.

Manchester City are the defending champions, while Klopp has landed the first blow by taking the Community Shield, and hence, completing the domestic trophy set.

The arrivals of some superstars have further raised the excitement levels. New hitmen are at both top clubs, in Darwin Nunez (Liverpool) and Erling Haaland (Man City). Arsenal’s rebuild is picking steam, and Tottenham are experiencing the Antonio Conte way as Erik ten Hag seeks to get his revolution going at Old Trafford. Chelsea under Tuchel can never be counted out.

Therefore, there are plenty of narratives and storylines to follow all throughout the season. The prelude is going fantastically and the final product is shaping up nicely.

Who wins it all?

The ultimate question as always. Incredibly, it still looks like a two-horse race between City and Liverpool. Both of them have signed new strikers and one major midfielder each. The clash between Darwin Nunez and Erling Haaland, both in their debut Premier League seasons, will be one to watch.

Moreover, there are mini-battles all over the course of the campaign. Will City solve its fullback problem? Pep has been speaking highly of a certain Josh Wilson-Esbrand. Can the Reds offset the departure of Sadio Mane? Jurgen Klopp and Pep Guardiola leave it all on the line every year, and 2022-23 will be no different either.

Behind the top two is a free-for-all. Chelsea have added Kalidou Koulibaly and Raheem Sterling, but are having a tough time in the transfer market. Thomas Tuchel has said all the right things, but even he knows that more signings are needed to compete. Chelsea have signed only three players under Tuchel outside of a third-choice keeper, one of whom, Romelu Lukaku, is already back to where he came from.

Manchester United and Arsenal are buying as well with an eye to get back into the top-four. The Red Devils have added two defenders and an attacking midfielder. However, the most pressing issue is the future of Cristiano Ronaldo.

The Portuguese legend is angling for a move away, but there have been no takers so far. If he were to leave, the club would need to ideally buy a Cristiano Ronaldo replacement for the amount of matches that there are in the season.

Spurs have been shopping the most, and Antonio Conte is really going all out to close the gap. Richarlison, Djed Spence, Yves Bissouma, and Clement Lenglet (loan) have all arrived for the 4th-place finishers last season.

Therefore, it will be all up in the air as to who finishes where after matchday 38.

As always, the battle at the other end of the table is never boring. Brentford had a memorable first campaign in 2021-22, while Everton were made to sweat till the last. The Toffees are not having a great preseason, and Frank Lampard has warned of another fight.

The three promoted sides- Nottingham Forest, Fulham, and Bournemouth will have to go with all they have. Out of the three, Forest have spent the most but that is no indication of safety.

In fact, Brentford did really well last season by being astute in their play and basing their football on data analytics. Therefore, while new players help, the man-management and quality of football will shine in the end.

Newcastle United do not have to think of relegation worries just yet, given they are the richest club in the land.

One needs to keep an eye on Leicester City this season. They have the potential to become this season’s version of Everton. A certain malaise has set at the King Power Stadium. No new signings have arrived and the future of key players like Youri Tielemans and Kasper Schmeichel is up in the air. Brendan Rodgers might have gotten this team as far as he can.

The teams that come from nowhere to shock the country are always the best stories of a season. West Ham United made Europa League last year and have strengthened considerably.

The Hammers have signed Gianluca Scamacca as they aim to crack Europe once again. Brighton under Graham Potter have steadily improved every season. With a talented manager at the helm, they saw their highest-ever PL finish last season. With a bit more luck and astute signings in the window so far, Brighton could be this year’s West Ham.

It will also be interesting to see the progress made by Aston Villa and Leeds United under new managers. Both Steven Gerrard and Jesse Marsch joined midseason so this will be the first full preseason they had with their respective sides.

He was wanted by the whole of Europe, @WestHam look set to have stolen a march on their rivals😎

Tap to know why the signing of Gianluca Scamacca is such a coup for the Hammers🤗#scamacca #WestHam https://t.co/55DR6U89JJ

Leeds have been very active in the transfer market, including the sale of Raphinha to Barcelona. On the other hand, Aston Villa have signed Phillipe Coutinho on a permanent basis, while Carney Chhukwuemeka is one of the best young talents to watch out for.

Therefore, the possibility of either of them making the Europa League or Conference League is very strong.

Who takes the Golden Boot?

One of the key individual awards, which is always important while deciding a team’s eventual fate. The Golden Boot was shared between Mo Salah and Son Heung-Min in 2021-22.

Those two will be back in the mix for it again, but they have new competition this time. Nunez and Haaland are there, alongside Gabriel Jesus who had a terrific preseason with the Gunners. Even Cristiano Ronaldo could be in the running, provided he ends up staying at Manchester United.