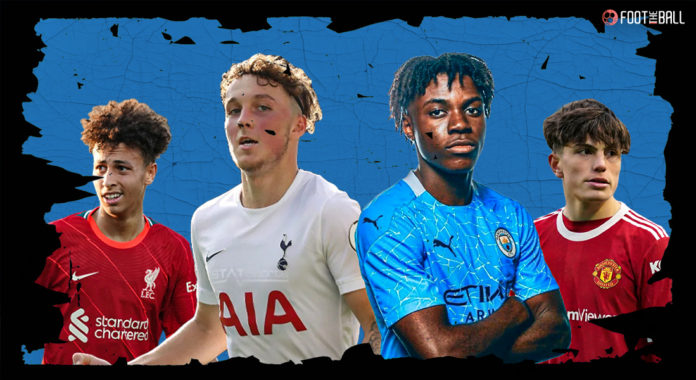 The Premier League 2022-23 promises to be one of the kickass seasons ever. The amount of sheer talent and superstar names on display is astounding. All of the top six have made a number of signings to strengthen their sides.

Chelsea signed Raheem Sterling and Kalidou Koulibaly. That is just the top-three from 2021-22.

No doubt all of these players will have a huge role to play as the campaign progresses. However, as always, there’s been plenty of buzz surrounding the youngsters who are set to shine.

Will Kalidou Koulibaly offset the departures of two key defensive pieces? Chelsea will certainly hope so given his experience

While they may not be as active as the stalwarts, the teenage talents have the world at their feet and the time to take centerstage is now. In that regard, FootTheBall discusses the best U19 prospects from the upcoming league season.

The former Fluminense striker is one of Brazil’s leading lights for the next generation alongside 16-year-old starlet Endrick Felipe, Savinho, Metinho and others. Moreover, Kayky has already made two appearances for Manchester City’s senior team in 2022.

Guardiola’s side have a wealth of attacking talent as starters so Kayky will be used from the bench. Alongside Liam Delap, he can become regulars in the domestic cup competitions.

The soon-to-be 18-year-old is the brightest light in Spurs’ youth ranks. Devine is the youngest-ever player to represent the side. Though he is yet to debut in the Premier League, Devine can be the go-to option from the bench in 2022-23.

Antonio Conte is not the keenest to try out youngsters, but Devine is a special product. The attacking midfielder can carry the ball upfield extremely well, alongside finding the killer passes. Devine’s service to the strikers will be especially interesting to watch.

If he can continue shining with the U23s, it is only a matter of time before he is a regular face in the senior side.

24 goals in 21 games in your debut season with the U18s speak for themselves. McNeil has always been a special goal scorer, and there is no doubt he, alongside Garnacho, represent the future of United.

While McNeill will not become an immediate starter, he will certainly make a lot of appearances during the 2022-23 season.

Ten Hag is keen to bolster his frontline, which is very much possible right now. Both Garnacho and McNeill can be the impactful options off the bench behind the regular starters.

One of the many new youth additions to the Saints squad. Lavia joined from Manchester City’s U23 squad, with whom he was the Player of the Season in 2021. City are back-to-back champions of the Premier League 2, and Lavia has played a big part.

💬 “He showed again he is a good player in his position. I liked his controlling of the ball. In the centre it’s very tight and they didn’t have much time there. But I liked it and he’s a player you have to look at.” pic.twitter.com/wtVez8YtG7

The Belgian U19 regular is a defensive midfielder who can become the noteworthy successor to Pierre-Emile Hojbjerg.

Southampton have never been shy to try out youth players, and this is a gamble that can surely pay off. Moreover, Lavia has signed a five-year deal, meaning he is not going anywhere for long.

With Santi Cazorla and Cesc Fabregas as his idols, there is no doubt that Patino is Hale End’s finest right now. The 18-year-old England youth international has been described by the club’s scout Brian Stapleton as “the best kid I’ve ever seen.”

While Patino is yet to make his senior league debut, Patino has a wealth of experience as the flagbearer of the youth academy.

However, game time will be of average amount, given that the Gunners have signed Fabio Vieira, alongside continuing to develop Martin Odegaard and Emile Smith Rowe.

The talent wide forward joined the Blues from arch rivals Arsenal in July 2022. Hutchinson is an extremely exciting talent, who can shoot and score from all distances.

Chelsea have pulled off a real coup in a player who grew frustrated with not getting enough chances at Arsenal.

Hutchinson can be the first-choice option as a substitute for Thomas Tuchel for when he wants to change his attackers. Of course, there will be a settling-in period at his new club, but Hutchinson is sure to see a sizeable amount of game time soon.

The 19-year-old forward is another gem in Manchester City’s Elite Development Squad (EDS). Delap has been on fire for the U23s, and is one of the leading goal scorers in his age group.

Southampton have submitted an official bid this week around £16m to sign Liam Delap on permanent deal. Manchester City have turned down the proposal. 🚨⚪️🔴 #SaintsFC

Delap, top target for Southampton but there's still no agreement in place. pic.twitter.com/m17abXihPv

Naturally, that has translated to heavy interest from around the Premier League. Southampton have already had a bid rejected as City plan for life with him. Delap has been a regular fixture on the substitutes bench as City secured another league title.

City have another rising star in James McAtee, dubbed the ‘Salford Silva,’ who is turning eyes with solid performances

Pep Guardiola has been mightily impressed with him, and it will be no surprise if he stays on at the Etihad Stadium beyond 2022.

The free-scoring forward with Manchester United’s U23s. Garnacho has been mightily impressive with 20+ goal contributions for the youth teams in 2021-22. Moreover, he won the Jimmy Murphy Young Player of the Year for the same season.

Garnacho has long been touted as one of the best attacking talents in football currently. Though he has made only a couple of appearances for the senior team, that number is surely set to rise.

Erik ten Hag is an expert in transforming teenage talents into world beaters. Garnacho will be thrilled to work under him and continue his superb development.

The most promising centre-back in England right now. Colwill has been the subject of intense transfer speculation all throughout 2022. He spent the 2021-22 season on-loan at Huddersfield Town, making 29 appearances.

Colwill recorded 5.7 duels won and 4.1 clearances per game in the Championship. Moreover, he had 11 clean sheets and had a passing accuracy of 78%. Chelsea are impressed with Colwill but they are chasing established defenders.

Having already signed Koulibaly, the Blues might add another name. Therefore, it will not be unusual to see Colwill leave for another rival on loan.

The 17-year-old joined from Derby County in the 2021 winter transfer. Gordon can play either as an attacking midfielder or as wing, being equally effective in both positions.

However, he was plagued with injury-issues which saw him miss out the final half of the 2021-22 season. Gordon is Liverpool’s youngest goal scorer in the FA Cup, and the second-highest overall in history.

Jurgen Klopp has already overseen the rise of Harvey Elliott and Curtis Jones. Therefore, there’s a great precedent to follow. Moreover, with the inclining age of Jordan Henderson and James Milner, the England youth star can be a regular soon.